The goal of this project was to research a world issue and create a design solution. For the world issue I researched the negative impact of the cocoa industry. Ninety percent of the worlds cocoa is grown on small family farms by about 6 million farmers who earn their living from growing and selling cocoa beans. But cocoa farmers gain very little from a very profitable global trade. For a farm to be 100% sustainable it must have sustainable living as well as sustainable farming, this the cocoa industry does not understand. 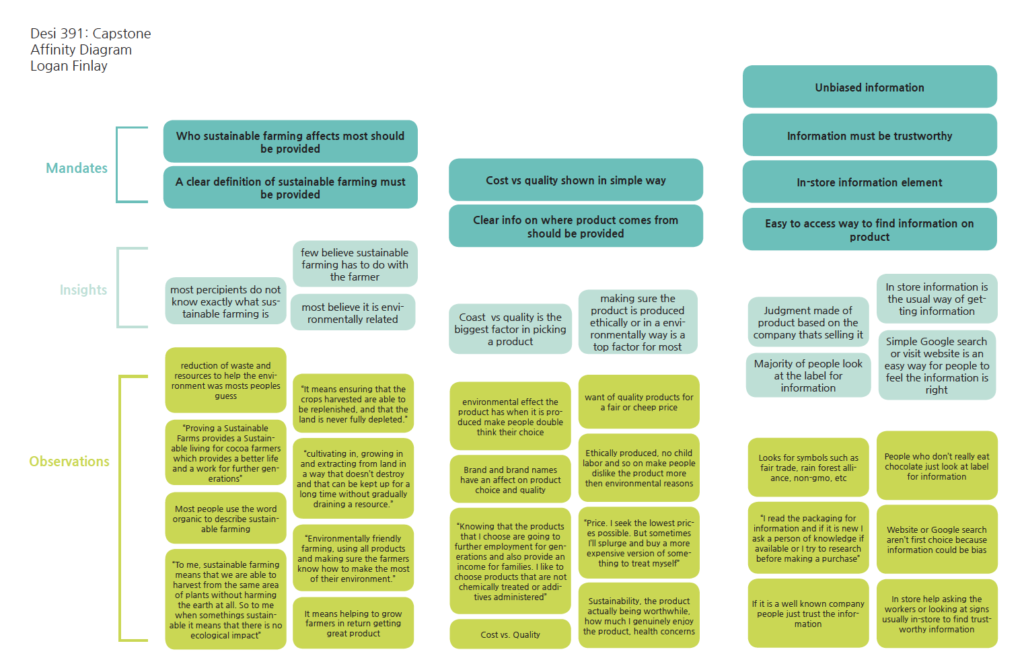 To get to the prototype phase of this project there was a lot of research, ideation and testing. Through these phases many charts/diagrams were created to help organize and clarify research. Doing this helped figure out the best plan for a prototype to communicate the problem but also work as some sort of solution. The best solution for the problem is to create a marketing campaign to communicate what is really going on in the cocoa industry to chocolate consumers. The campaign would consist of two large posters to be put in stores, a postcard found by the store’s cashes, and chocolate bar wrappers. Having these different elements makes it easier for the consumer to get the information.

Overall this prototype is affective to get the proper information and messaging across to the consumers. Also having a call to action on the posters gives the consumer something they can do to help the problem in the cocoa industry.There are many ways for the consumer to get the information therefore this solution is effective.